When you subscribe to one (or both) of our magazines, we not only ship a printed copy directly to your door, we give you digital access too! 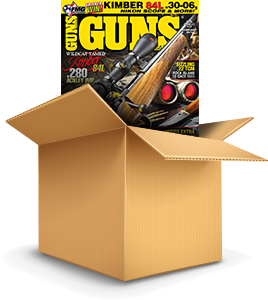 So what is digital access? Well, each month when a new issue is released, we’ll send you an email with a link that will allow you to digitally access the latest issue!

You can view the magazine directly on your laptop or mobile device through our digital publishing platform. And belive it or not, it gets better! 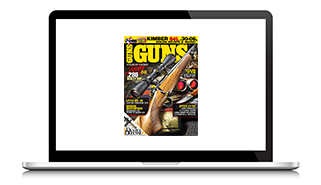 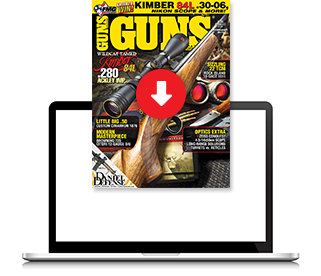 Don’t want the hastle of being without an internet connection? Download a PDF of an entire issue to the library of your favorite mobile device to read on the go. No internet connection required to view this portable version of your magazine!

We told you it was simple.

Guns tell stories, and those associated with the Wild West surely have thrilling tales to tell.

This edition explores the guns of the time, including some unusual samples like the Army’s last flintlock pistol. Inside is plenty of other stories about ammo, accessories, the frontier lifestyle and even saloons — the tales and history that give the historical West its mystique.

Half the fun of old guns comes from the stories of how they arrived in the here and now. Ever wonder about arms of Native Americans? Their weaponry sure made an impression on General Custer. The guns themselves tell part of the story, but if you really want to get in touch with the times, you’ll want to read about where off-duty warriors and cowboys spent their leisure time and hard-earned cash.

The original guns are nostalgic — and often priceless. No worries, inside are stories on modern reproductions that give the originals a run for their money. In this volume, we’ll explore modern takes on old classics like the Dixie Gun Works Remington New Model Army, Uberti Hombre, Beretta Stampede, the Taurus Lightning/Thunderbolt, Chiappa Spencer Carbine and Pedersoli Springfield 1873 Trapdoor just to name a few.

So, get this edition, sit back, pour a whiskey (but not the frontier stuff — it was rotgut terrible), and enjoy a taste of the Old West. Arrows Vs. Bullets — Who Wins In Bow Vs. Colt?

Old West Replicas — As Good As The Originals

The Taurus Lightning/Thuderbolt — Grand Attempt AT A Tough Design Western Holster Revolution — The Roots Of The Design

Saloons In The Old West — The “Not Like Hollywood” Reality

A Vintage 1873 Winchester — Cost? One Set Of Tires The Last Flintlock — The Model 1836 Pistol Machine Guns Of The Old West — Weapons To End All Wars?

Generating Some Patina — Give Your gun That Old West Look

Rope this in a hurry before it gets away!
Order your print edition of the 2021 Old West History Guns & Gear special edition now.

This is the Print version ONLY.